NEUCHATEL, Switzerla--(뉴스와이어) 2019년 09월 05일 -- SAV-IOL (Swiss Advanced Vision) is moving forward with the development of the R-TASC Project, the first electronic intraocular lens (IOL) with real-time autofocus, aimed to fully restore the vision post cataract surgery. R-TASC is set to push the boundaries of the Ophthalmic world within the next 5-7 years. SAV-IOL has already confirmed the technical feasibility of this project and is now seeking to raise USD 20M to bring this groundbreaking device to the market.

While the intraocular lens market is massive, there have been few sizeable innovations since they were first introduced. Moreover, present-day IOLs constantly suffer from optical compromises such as limited visual accommodation range, loss of light or unwanted visual disturbances. To break this barrier, SAV-IOL is looking at the situation from a different angle with a smart active lens. R-TASC is controlled electronically via a feedback loop mechanism made to control the curvature of the optic and therefore, adapt the power of the lens. “There is a level of trade-offs with all IOLs currently on the market,” said SAV-IOL’s CEO, Max Boysset. “R-TASC addresses the issues commonly associated with IOLs through an entirely novel approach.”

Standard IOLs are not able to fully substitute the optical properties of the natural lens and this is where R-TASC’s adaptative optical design provide an answer. In addition to completely restoring the visual accommodation, R-TASC enables patients and surgeons to calibrate the lens at any time after cataract surgery via an app-controlled system. The wirelessly platform of R-TASC is also future proofed to incorporate augmented reality and other interactive features, opening a whole new array of possibilities never seen before in the world of ophthalmology.

SAV-IOL will present the latest R-TASC prototype at the 37th Congress of the ESCRS in Paris in September 2019 (booth I123, pavilion 7) and at the MEDICA exhibition in Dusseldorf in November 2019 (Swiss Start-Ups Corner).

About SAV-IOL: SAV-IOL is a Swiss company that develops, manufactures, and markets EDOF IOLs. The portfolio of SAV-IOL is made of three products: Harmonis, a customizable EDOF IOL, Eden (https://sav-iol.com/products/eden/), a premium EDOF IOL, and Lucidis, an affordable EDOF IOL. SAV-IOL is ISO 13485:2016 certified (MD 615363) and the lenses are CE marked (CE 615365). 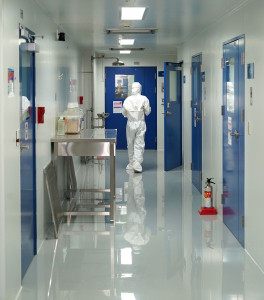